Real Future: What Happens When You Dare Expert Hackers To Hack You 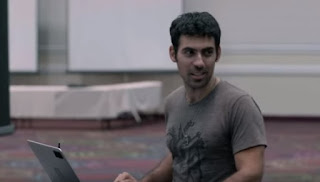 Last year, after reporting on the hacks of Sony Pictures, JPMorgan Chase, Ashley Madison, and other major companies, REAL FUTURE's Kevin Roose got curious about what it felt like to be on the victim’s side of a giant data breach.

So he decided to stage an experiment: he invited two expert hackers (neither of whom he’d ever met) to spend two weeks hacking him as deeply and thoroughly as they could, using all of the tools at their disposal. His only condition was that the hackers had to promise not to steal money or any other assets, reveal any private information, or do any irreversible damage to him or anyone else. And when they were finished wrecking his life, they had to help him put it back together.

In this episode of REAL FUTURE, we go to DefCon, a hacker convention in Las Vegas, to see the results of this dangerous experiment, and learn just how easy it is for hackers to do serious damage to a person's life.

Email ThisBlogThis!Share to TwitterShare to FacebookShare to Pinterest
Labels: Hackers