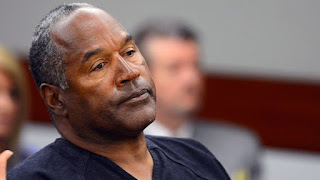 This is a look back at the different reactions to the OJ Simpson verdict some 20 years ago (exact date of verdict was Oct 3, 1995). What started off as a murder trial evolved into a case about race, celebrity, wealth, and what wealth could buy. Only three years earlier in the same city of Los Angeles, riots occurred after a jury acquitted three police officers involved in the Rodney King beating. This was fresh in the minds of the American public at the time of the OJ Simpson trial.

The OJ Simpson jury consisted of 9 Blacks, 1 Hispanic, and 2 Whites. It would raise eyebrows after they only deliberated for 4 hours in a case that they were involved in for almost a year. It's important to note that the clip also shows that not all African-Americans thought OJ was innocent.