:DRYVRS Ep. 1 "Just Me In The House By Myself" starring Macaulay Culkin 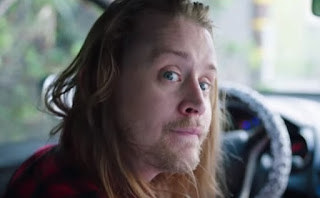 Here's the first episode of the new comedy web series :DRYVRS, created and written by musician, actor and producer Jack Dishel. The series stars Jack as an on-demand car service passenger and chronicles the strange drivers he encounters. The debut episode guest stars Macaulay Culkin as his driver.

The series will feature numerous special guest stars, so be sure to give a thumbs up and subscribe for future episodes!

"I don't Internets, but if I did I would strongly consider watching :DRYVRS."
- Macaulay Culkin