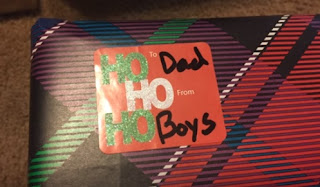 "For my 16th birthday my parents surprised me with what I thought was a brand new Xbox 360. Upon opening the box I discovered that it did not hold an Xbox, but they keys to my first car, a Honda Civic. I was elated and very grateful for the car, but until I saw it I was still a little disappointed that the box did not hold an Xbox. When presented with the car, I went to the trunk to see if the Xbox had been placed in there. I assumed they had still purchased an Xbox since they had all of the packaging. I only later realized that my parents had merely bought the packaging on E-bay without the console inside. I purchased my own Xbox a few months later and the car served me well for several years.

I come from a family of motor enthusiasts. My father, primarily, loves everything racing-oriented. He loves the Forza franchise but has been unable to enjoy the newer installments to the franchise because he does not own an Xbox One. For Christmas my brothers and I pooled together to get him his own console so that he can join us online in the wonderful world of Forza. In the process we decided that as a form of revenge, we should reenact the events of my 16th birthday, but with him as the unsuspecting victim. "

Email ThisBlogThis!Share to TwitterShare to FacebookShare to Pinterest
Labels: Xbox