The "beta uprising" according to Taiwanese TV. 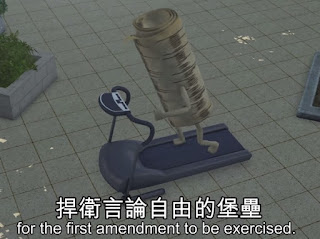 ROSEBURG, OREGON — The night before the Umpqua Community College shooting near Rosenburg, Oregon, a post was made on 4chan warning others of malicious intent. Other anonymous users called his bluff, and a few told him to not to do it, but some jokingly posted, "beta uprising."

The term "beta uprising" is a joke referring to "beta males" who may feel jaded by society and unwanted by the opposite sex. The jokesters purport that beta males may resort to violent actions in their futile search for significance. Therefore, the term is often associated with mass murderers.

The random 4chan boards "/r9k/" and "/b/" have a reputation for hating women and "normies," defined by the the Urban Dictionary as the 97 percent of people without a mental illness.

However, 4chan remains a rather safe place for the First Amendment to be exercised, and if a board gets banned there, there are other places anonymous posters can go. But let's be real, after Thursday's tragedy, the beta uprising joke has lost its charm.

Daily videos brought to you by THE Taiwanese Animators behind the infamous Tiger Woods animation. We got the funniest animations on the web to help you stay in-the-know on all the trending stories, so sit back, relax, and watch a few.
Posted by JD at 10:00