Car Thieves vs the Final GlitterBomb 5.0 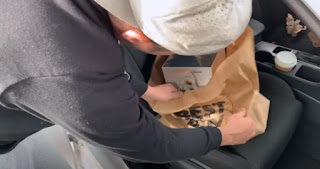 Car Thieves vs the Final GlitterBomb 5.0

A glitter bomb is a prank where someone sends a package to a person or organization that, when opened, releases a burst of glitter. The glitter is typically messily scattered around the interior of the recipient's space, making it difficult to clean up. Glitter bombs are usually intended to be annoying or disruptive, and are often used as a form of revenge. Some people consider glitter bombs to be a form of harassment and have advocated for laws criminalizing the practice.
Posted by JD at 12:49