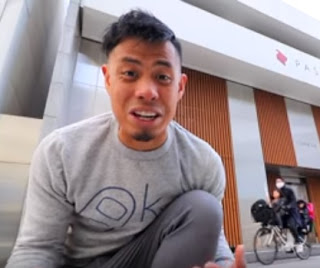 Living in Japan and working in a Tokyo office - This is a Tokyo day in the life  of a Japanese Office Worker, 24 year old, Emi.  This is also a tour of her Japanese office, Pasona.  We start this typical day in her Japanese home, commute via train to her Tokyo office in Otemachi and spend a day in the life of Emi at her working place.  We see her typical working hours in Japan and how it is working in Japan as a female in her position.  Her day in the life in Japan may be a bit different than some Japanese salarymen, but her experiences in the office with chorei, senpai / kouhai, and kenshu is a very typical in experiences in many Japanese offices.  If you want to know how work in Japan or want to know how work in Tokyo, this could be how your job in Japan could be like.