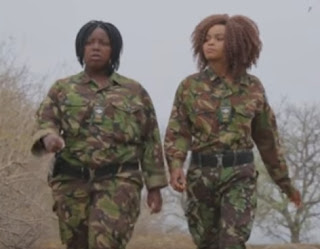 The Black Mamba Anti-Poaching Unit (Black Mamba APU) is a mostly female ranger unit founded with the purpose of protecting wildlife in South Africa. They are on the front-line protecting dwindling numbers of rhino. The Greater Kruger Park is home to largest population of rhino in the world and has become the epicenter of the current rhino poaching crisis.

In the last five years 4,000 rhino have been killed. If the current rate continues, rhinos will be extinct in the wild by 2025! You can support them by donating here: https://www.youcaring.com/theblackmambas-761778