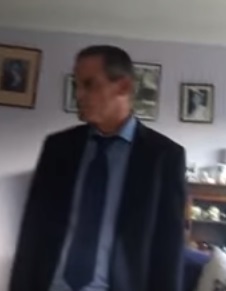 A son has accused a double-glazing company of 'preying on the elderly' after he discovered his vulnerable mum had been sold two doors for nearly £6,000 when all she needed was a £50 handle.

Dr Collins was cold-called by the the company on Monday evening and told the rep the handle on her front door was loose and needed fixing.

The following day a salesman arrived and spent about two-and-a-half hours with the widow, who gets confused about what day of the week it is and needs the support of three part time carers so she can live independently.