Cosby and Hitler - Whose Line Is It Anyway? 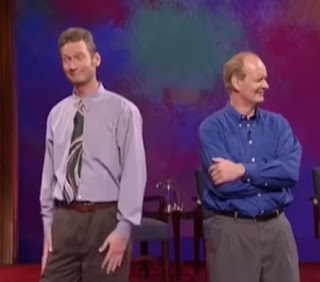 The hilarious in show blooper, which was added in to the episode mainly because it turned into a running gag with the cast getting back at the director for ruining what could have been a great Title Sequence & for censoring something which is understandable as to not offend anyone, but could have made for comedy gold.