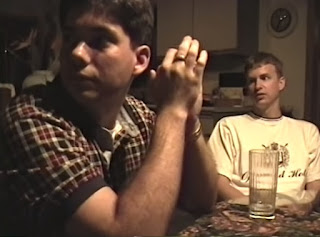 While playing cards August 31, 1997 we learn Princess Diana was inured in a car accident in Paris, and later react as CNN announces she is dead.  An edited version of this has been on YouTube for several years but here is the full, unedited version as I recorded it that night, from the original videotape.  This seems to be getting a lot more views, after Oprah's interview with Harry and Megan was shown.