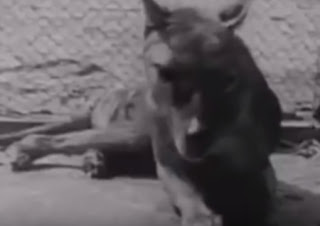 Extinct animals may be cloned one day, or some of them at least. But one way we can see them again is to watch videos like the ones featured here. They show the last Tasmanian tiger in captivity, as hopeless zoo keepers know he is the last of his kind. They show the Baiji dolphin - a species once thought of as river goddess by local fishermen but now thought to be extinct in the wild. They show the worlds most rare creature, the last pinta island tortoise. Watch the full video to see all these and so much more.