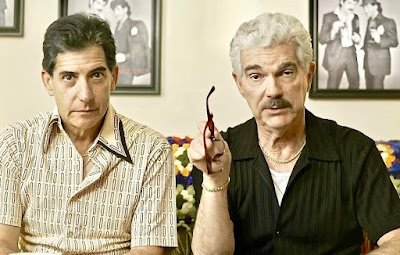 Though best known as an actor, the star of the new YouTube series The Amazing Return of Sal & Junior (see it here)  moonlights as a very successful screenwriter. Actor Sam Ingraffia tells us about his other, little-known vocation.


Hi Sam, you’re a very busy actor – not to mention a gifted one. I wanted to ask you about the other hat you wear though, writer. When did you first begin writing?

SAM: It was the late 70s, and I had just started as an actor. I was a member of a small theater company in Los Angeles. The Artistic Director threw out a challenge to every actor. He gave us two weeks to write a short play. I wrote one in a week and turned it in. I then proceeded to forget about it, never thinking it would be chosen for a workshop production. The memory of hearing actors say my words for the first time is still etched in my brain.


And do you remember the first screenplay you wrote?

SAM: The first screenplay I wrote was an adaptation of one of my plays. It was called “39 Goodbyes.” The play had been produced a number of times in L.A. and New York and people suggested I try turning it into a film.  I did, but the play was better than the screenplay.


What was the first screenplay to be produced?

SAM: t was called “Random Shooting in L.A.” It was about a guy who wanders around the city with a video camera randomly filming people. He captures little snippets of people’s lives --  some loving, some violent, some just plain weird.  It never made any money but killed at film festivals.


For many actors, the decision to write and/or direct their own material has to do with the fact that they consider it the only way they’ll be offered the types of roles they want to be playing. Did that factor into your choice to write?

SAM: I did think about writing roles for myself. I’ve even tried it a few times. Ironically, I think I’m better at writing for other actors than I am for myself.


I imagine having worked on such big productions as The Falcon and the Snowman and Barry that you were able to learn a lot, just from being on set.  Did you pick up any writing tips though, along the way?

SAM: Steve Zaillian, who adapted the book for the film “The Falcon and the Snowman” was on the set every day. I would sit quietly and listen to him and John Schlesinger, the director, talk about shaping the beats of a scene, character motivation, subplots, what exposition should be cut. It was like a Master class in screenplay writing.


Blue Telescope sounds intriguing. What can you tell me about it?

SAM: A father dies and his three sons return home for the funeral. All three guys, now middle-aged men, have very different takes on growing up with the old man.  Plus, it deals with the roles we all play in the family unit. No matter how old we are, we are always the “baby” of the family, or the “older brother.” 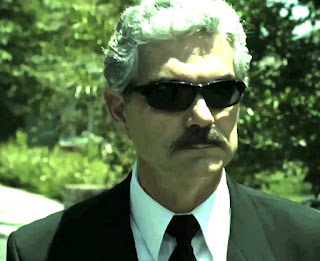 Do you find you gravitate towards writing certain types of films?

SAM: No. I try to come up with interesting stories, then I think about what genre or medium best serves it. I’ve written historical dramas, action adventure, horror, scifi and comedies.


What have you written that you also appear in? all of them?

SAM: I wrote a play called “Starfire” that was based on my relationship with my dad. I played him as a young man. I wrote a short film called “A New Finish.” I played one of the leads. It was about veterans with PTSD, trying to stay alive as house painters. I wrote an Internet series called “Shoot To Kill.” I play a serial killer who has never been caught. And I have a new Internet series that’s doing really well on YouTube called “The Amazing Return of Sal & Junior.”  I play Sal. The premise is based a pilot I wrote for Universal Studios thirty years ago.


Is their a script, or scripts, plural of yours that you’d love to see come to fruition?

SAM: I have a screenplay called “The Secret President” which I think is very timely.  In 1918, U.S. President Woodrow Wilson had a massive stroke. He couldn’t walk or talk and was almost blind. His young, beautiful wife Edith launched one of most amazing cover-ups in U.S. history. For almost two years, she took over the duties of the president, at a time when women were not even allowed to vote.

I also have another script called “The World’s Fastest White Man.” The picture of Tommie Smith and John Carlos standing on the medals platform at the 1968 Mexico City Olympics with leather-gloved fists raised, is one of the most iconic pictures ever taken. People forget there was a third person in the picture. Peter Norman. Norman won the silver medal and supported Smith and Carlos in their protest. He was ostracized in his home country of Australia and was never permitted to participate in another Olympics. The three men connected by that one magic photo, remained friends and comrades their entire lives.


Why should actors learn how to write, too?

SAM: You can write projects for yourself, which can help your career; think Stallone and Billy Bob Thornton. As an actor, you spend a lot of time waiting for the phone to ring. Writing can be another creative outlet. Most of the things you need to learn as a writer, you’ve already covered as an actor: What does the character want? Who or what stands in his/her way? Breaking scenes into beats. And probably the most important reason is you learn how hard it is to write a script. As the actor, you must give the script the same kind of commitment and effort that the writer put in writing it.