Flight of the Conchords - If You're Into It

Flight of the Conchords are a New Zealand-based comedy duo composed of Bret McKenzie and Jemaine Clement. The duo's comedy and music became the basis of a BBC radio series and then an American television series that aired for two seasons on HBO. They previously referred to themselves as "New Zealand's fourth most popular guitar-based digi-bongo acapella-rap-funk-comedy folk duo", but as of 2014 refer to themselves as "the almost award-winning fourth-most-popular folk duo in New Zealand."

Email ThisBlogThis!Share to TwitterShare to FacebookShare to Pinterest
Labels: Flight of the Conchords 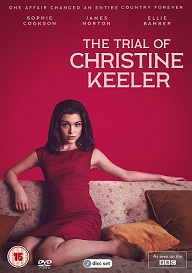 Win The Trial of Christine Keeler on DVD