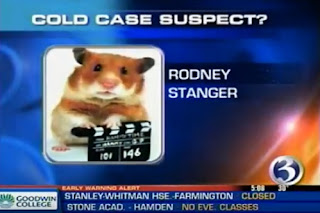 Molly Anne Bish (August 2, 1983 – June 27, 2000) was a sixteen-year-old American girl from rural Worcester County, Massachusetts, who disappeared while working as a lifeguard in her hometown of Warren, Massachusetts. Her remains were found three years later in neighboring Hampden County after what became the largest search in the state's history.

Long before "Fake News" became a term, you had news reports on very serious subjects, and some idiot thought it was funny to mess it up.

So although the blooper itself might be funny, just consider what kind of person would do this in a serious story.