Intense response to laser strike on a police helicopter 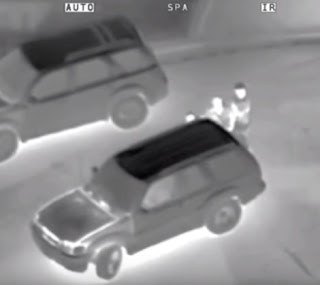 A fascinating display of militarization and tactical capacity by a suburban Canadian police force in response to teenagers pointing a laser at a police helicopter. They wouldn't have expected this to happen!