Driving a Ford Model T Is a Lot Harder Than You'd Think! We Tried It 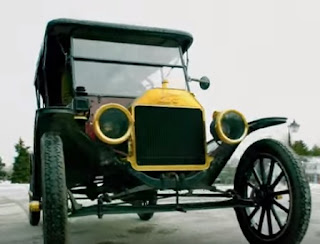 Jan. 21 -- Starting in 1908, Henry Ford sold his novel Model T cars as the first to be really accessible to the masses. What's more, he marketed them as easy to handle for casual drivers and (gasp!) women since they started with a button rather than a crank. Thing is, those old Model Ts were still pretty complicated to drive. Bloomberg Pursuits' Hannah Elliott took a 1914 Model T for a spin but first she needed a driving lesson. (video by: David Nicholson, Camen Hodges, Victoria Blackburne-Daniell)